Peptic ulcer disease is a condition in which painful sores or ulcers appear in the lining of the stomach or the first part of the small intestine (duodenum). Usually , A thick layer of mucus protects the stomach lining from the effects of its digestive juices. But many things can reduce this protective layer, This allows stomach acid to damage tissue and accompany symptoms of stomach ulcers

Who is more likely to develop symptoms of stomach ulcers?

One in 10 people develops ulcers. Risk factors that increase the likelihood of developing stomach ulcer symptoms include:

Some people believe that certain foods or stress can cause an ulcer. But the researchers found no evidence to support these theories. Instead of that , Studies have revealed two main causes of ulcers:

H. pylori attaches to the mucus layer in the digestive tract and causes inflammation (irritation), Which can cause the protective lining to crack. This breakdown is a problem because your stomach contains a strong acid meant to digest food. Without a layer of mucus to protect it, Acid can eat away at stomach tissues.

However , For most people, The presence of H. pylori does not have a negative effect. Only 10% to 15% of people infected with H. pylori develop ulcers.

Another major cause of peptic ulcer disease is the use of NSAIDs, It is a group of medicines used to relieve pain. NSAIDs can erode into the mucous layer of the gastrointestinal tract. There is a possibility that these medicines may cause the formation of peptic ulcers:

Not everyone who takes non-steroidal anti-inflammatory drugs is at risk of developing ulcers. There is a possibility that the use of NSAIDs with H. pylori infection is more dangerous. People infected with H. pylori and who use NSAIDs frequently are more susceptible to damage to the mucous layer, And their damage can be more severe. The chance of developing an ulcer as a result of NSAID use increases if you:

Other conditions rarely cause peptic ulcer disease. People may develop ulcers after:

Can spicy foods and coffee cause an ulcer?

One of the most common and misconceptions is that spicy foods and coffee can cause ulcers. You may have heard in the past that people with ulcers should eat a bland diet. But we now know that if you have ulcers, You can still enjoy any foods you choose as long as they don't make stomach ulcer symptoms worse.

Some people with ulcers do not have any symptoms of stomach ulcers. But ulcer signs can include:

In severe cases, Symptoms can include:

How is an ulcer diagnosed?

Your health care provider may be able to diagnose your condition simply by talking to you about the symptoms of stomach ulcers. If you get an ulcer and do not take NSAIDs, It is likely that the cause is H. pylori infection. To confirm the diagnosis is done , You will need one of these tests:

If you have severe stomach ulcer symptoms, Your provider might recommend an upper endoscopy to determine if you have an ulcer. In this procedure, The doctor inserts an endoscope (a small tube lighted with a tiny camera) down your throat and into your stomach to look for abnormalities.

H. pylori tests are now widely used and your provider will customize treatment to reduce symptoms of stomach ulcers and kill the bacteria. A breath test is the easiest way to detect H. pylori. Your provider can also look for it with a blood or stool test, Or by taking a sample during an upper endoscopy.

Often , Imaging tests such as X-rays and CT scans are used to detect ulcers. You should drink a specific liquid that coats the digestive tract and makes the ulcers more visible to imaging devices.

Does the ulcer heal on its own?

Although stomach ulcers can sometimes heal on their own, You should not ignore the warning signs. without proper treatment, Ulcers can lead to serious health problems, including:

What ulcer treatments are available?

If the ulcer is bleeding, Your doctor may treat it during the endoscopy by injecting drugs into it. Your doctor can also use a clip or cautery (burned tissue) to close it and stop the bleeding.

For most people, Doctors treat ulcers with medicines, including:

These drugs reduce acid, This allows the ulcer to heal. Proton pump inhibitors include Prilosec®, Prevacid®, Aciphex®, Protonix®, and Nexium®.

These medications also reduce acid production and include Tagamet®, Pepcid®, Zantac® and Axid®.

These medicines kill bacteria. Doctors use it to treat stomach germs.

like a liquid bandage, These medications cover the ulcer with a protective layer to prevent further damage from digestive acids and enzymes. Doctors usually recommend Carafate® or Pepto-Bismol®.

How can I prevent ulcers?

You may be able to prevent ulcers from forming if you:

Is the ulcer curable?

For most people, Treatment that targets the underlying cause (usually H. pylori infection or use of NSAIDs) is effective in eliminating peptic ulcer disease. However , Stomach ulcer symptoms can recur. Especially if H. pylori has not been completely eliminated from your system or if you continue to smoke or use NSAIDs.

How long does an ulcer take to heal?

Does drinking milk help with ulcers?

no. Milk may temporarily relieve ulcer pain because it coats the stomach lining. But milk also causes your stomach to overproduce acid and digestive juices, Which may make the ulcer worse.

Is it safe to take antacids?

Antacids temporarily relieve stomach ulcer symptoms. However , It can interfere with the effectiveness of prescribed medications. Consult your doctor to see if it is safe for you to take antacids during treatment.

What should ulcer patients eat?

No foods have been proven to negatively or positively affect ulcers. However , A nutritious diet, exercise and adequate sleep are beneficial to your overall health.

Contrary to popular beliefs, The ulcer is not caused by stress or the foods you eat. Most of the time it is caused by bacteria. Doctors can treat bacteria with antibiotics and other medications.

if you have taken a lot of antacids recently, Or you are constantly eating snacks to get rid of the symptoms of stomach ulcers and annoying pain in your stomach, or you have any other signs of an ulcer, The best thing you can do for your health is to talk to a provider. Treatment can heal ulcers within weeks.

Docspert Health is the leading platform in the MENA region that helps patients consult the leading international medical experts in UK, USA and Europe without the hassle and costs of travelling.

Consult a world-class expert specialized in Meet the expert by video or get a virtual case review with the support of our medical team and receive a comprehensive medical report from the expert that includes the accurate diagnosis, the best treatment plan for the condition and answers to all your questions.

Our medical team supports you throughout the consultation process.

Looking for a medical opinion you can trust ?

Book a consultation with one of Docspert Health's leading international experts from UK, USA, and Europe. Attending Rheumatologist, Director of the Rheumatology and Immunotherapy Center in Franklin, WI, USA. 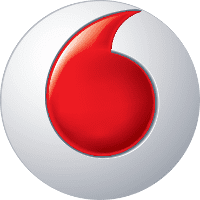